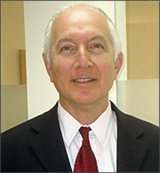 Attorney Doron Kochavi was born in Tel Aviv in 1951 and has been practicing law in Israel for over 30 years.

Mr. Kochavi represents clients in the areas of Israeli real estate and property law, real estate development, commercial law, bankruptcy and litigation.  Mr. Kochavi’s clients include private and publicly traded companies and individuals in the fields of construction, manufacturing, real estate development and high-tech equipment and components.  He also represents foreign investors and companies in a variety of personal and business activities including tax matters and estate planning.

In addition to his law practice Mr. Kochavi was an advisor to the Knesset sub-committee on exposing the Israeli market to imports and in 1994 he was appointed by a statutory committee of the Finance and Agricultural Ministries as a rehabilitator of more than 40 “moshavim” (cooperative settlements) with the authority of a District Court judge.

Mr. Kochavi has also been active in public activities throughout his life.  After his army service he was appointed as a manager of one of the neighborhoods in north Tel Aviv (Hadar Yosef) with the support of Tel Aviv Mayor  Shlomo “Chich” Lahat.  In the 1980’s Mr. Kochavi was also a member of the board of the Israeli Forum.

Mr. Kochavi’s philanthropic activities are numerous including his positions as secretary and board member of his family’s charitable foundations – The Buchman Heyman Foundation (Israel)  and as a board member of The Herb and Sharon Glaser Foundation (Israel).  He is also the Trustee of The Ohela Foundation which supports talented young actors at the start of their careers.  Mr. Kochavi was the founding chairman of the “Friends of Ghetto Fighter’s House”, is a member of the board of the “Friends of the Diaspora Museum” located on the Tel Aviv University campus and is a member of the Board of Governors of Tel Aviv University.  He is also the chairman of the steering committee of the “Friends of Mercaz HaMusica” in Jaffa.

Our mission is to provide A.C.U.T.E services to each of our clients:

We focus on staying one step ahead and anticipate the legal needs of our clients.

We are quality, efficiency and cost conscious.

We strive to understand clients’ needs so that we are better able to provide solutions to those needs. As such, our practice is to spend more non-billable relationship building time with clients including obtaining constant client feedback.

We provide superior and timely services by highly trained and, thus, more flexible lawyers and staff. We pride ourselves on same day response, through computerization and communications programs.

Recognizing clients’ needs for excellence, each of our lawyers specializes in different areas of law, providing zealous and superior legal representation.